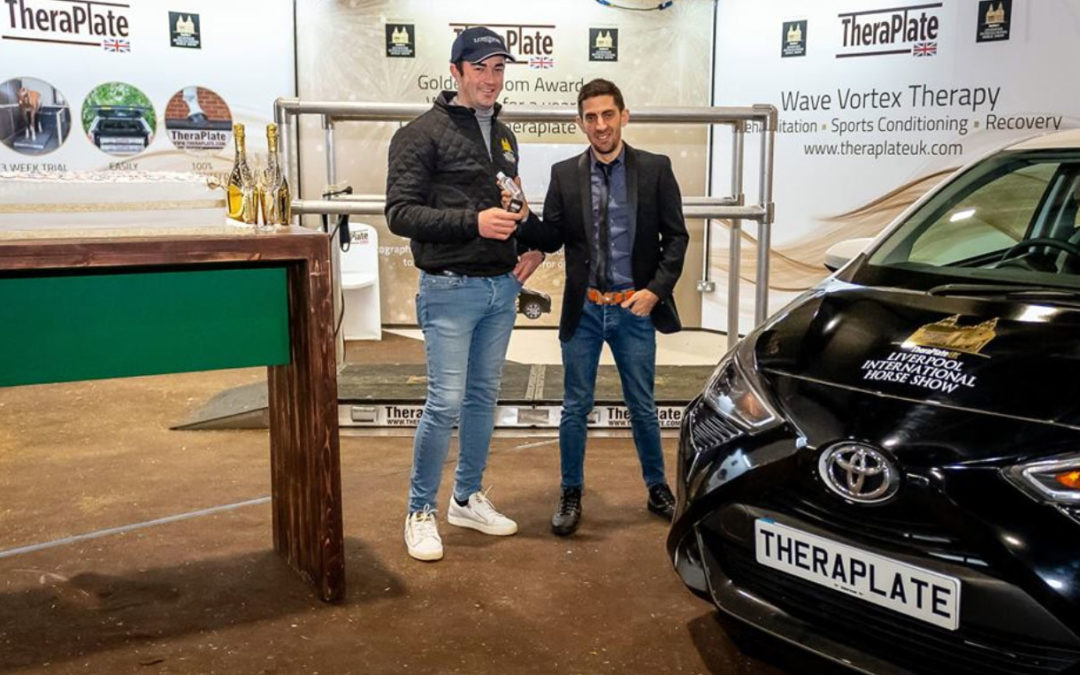 The Golden Groom Award was presented to the groom of the horse considered to be in the best physical condition who had used the TheraPlate at the show. Daniel Tarpey, Groom for Harry Charles, was the lucky winner of this award and the amazing prizes which accompanied it. Daniel won the award based on the care and attention he demonstrated to Harry’s ride Sieco, who was judged to be in optimum health and condition. Daniel won the Golden Groom Award Trophy and a brand-new Toyota Aygo for a year!

Peter Charles, the owner of son Harry’s horse Sieco, won the use of a TheraPlate for a year as recipient of the Peak Performance Award.

Daniel said, “It is just fantastic to win a car for a year. I am now 28 and have been grooming since I was 16, and this is just a brilliant prize for the industry as a whole.”

This prize demonstrates not only TheraPlate UK’s commitment to the equestrian industry but also gives recognition to the people who make this sport possible- the grooms.

Dominic Fox, owner of TheraPlate UK said: “The Golden Groom Award recognises the groom’s role within the equestrian industry. Equestrian sport regardless of the discipline would not be the same without the endless hours of hard work and dedication from our grooms.”

Congratulations Daniel on your win and happy driving!