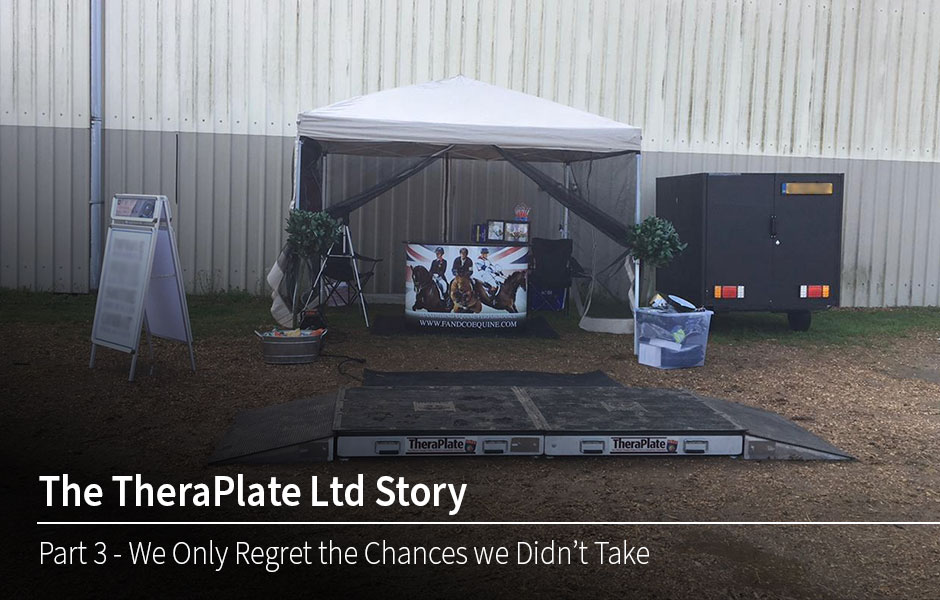 So, I know you’ve all been wondering what happened next to the husband and wife team from TheraPlate Ltd…

In the last article we left them in Kentucky, USA, shortly after Francesca was released from ICU in New York after having Pip. They were just starting to get on their feet and had become a family of 4, welcoming Chalky the Golden Lab into their lives.

But, it wasn’t all ‘Happily every after’ just yet…

While they were out working hard to create a secure home for their baby daughter, someone broke into their apartment. They trashed everything and stole what they had. And that was the bottom line for the pair, it left them with nothing and saw them completely broke!

Upset, angry and scared, they didn’t know where to turn. Their only option was to return to family in the UK, so they packed the last of their belongings and booked flights for the four of them to London. At that time, they had absolutely no money or food, apart from baby Pip’s formula, but luckily Dominic’s mother had a 1-bed council flat in Newmarket and invited them to call it home with her. Could it get any lower than this? Where would they go from here? 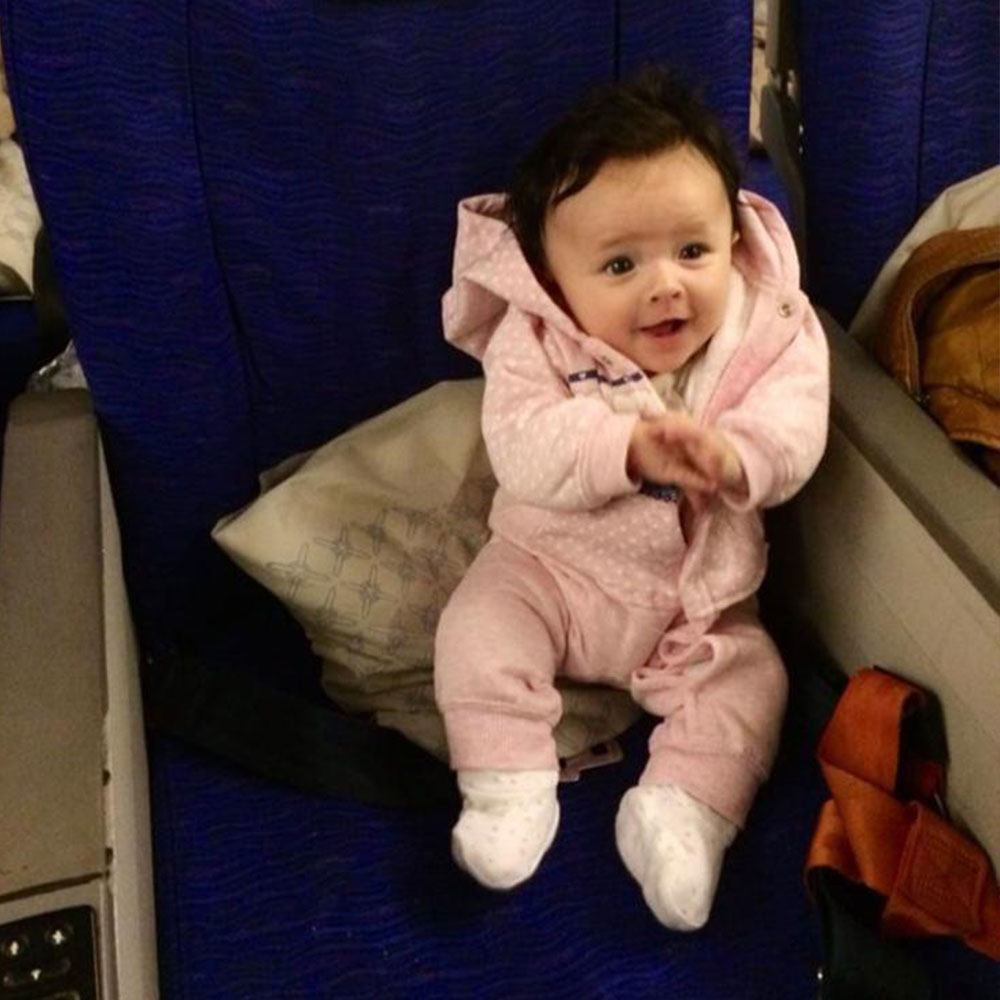 Pip on the Plane back to England 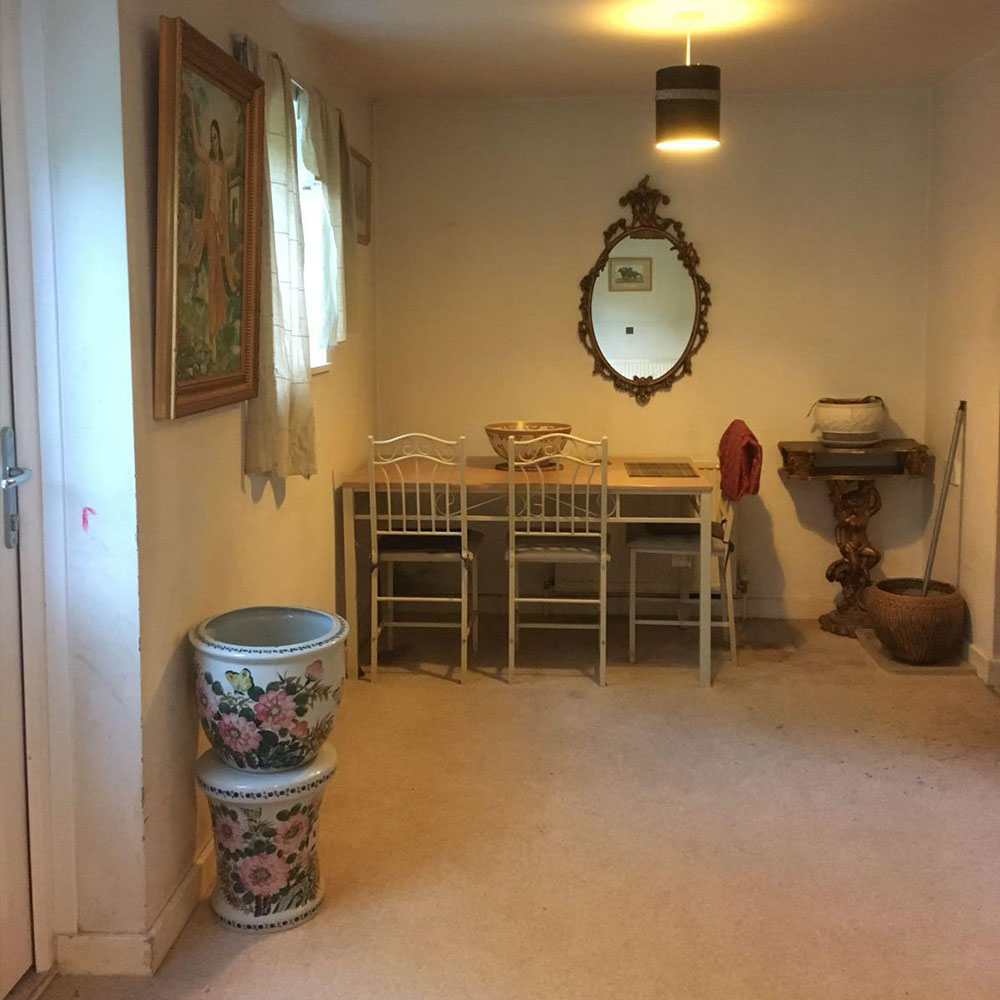 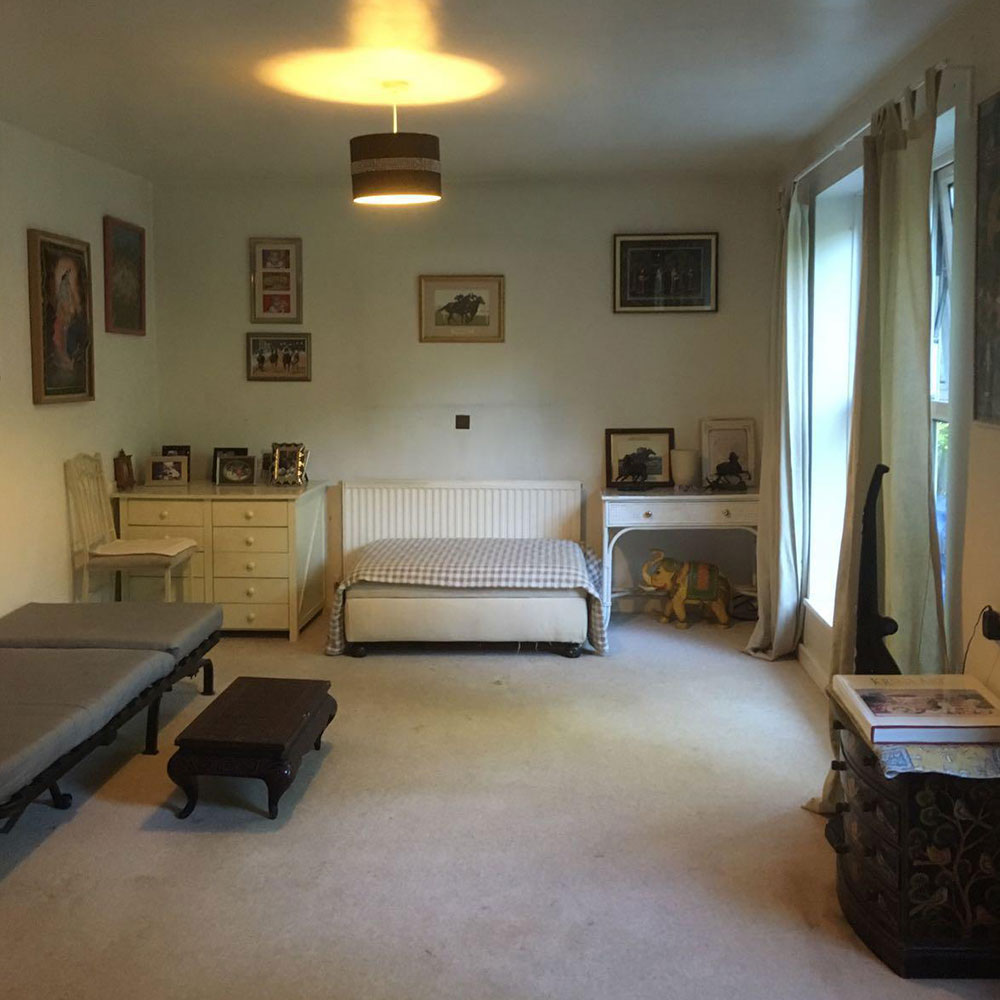 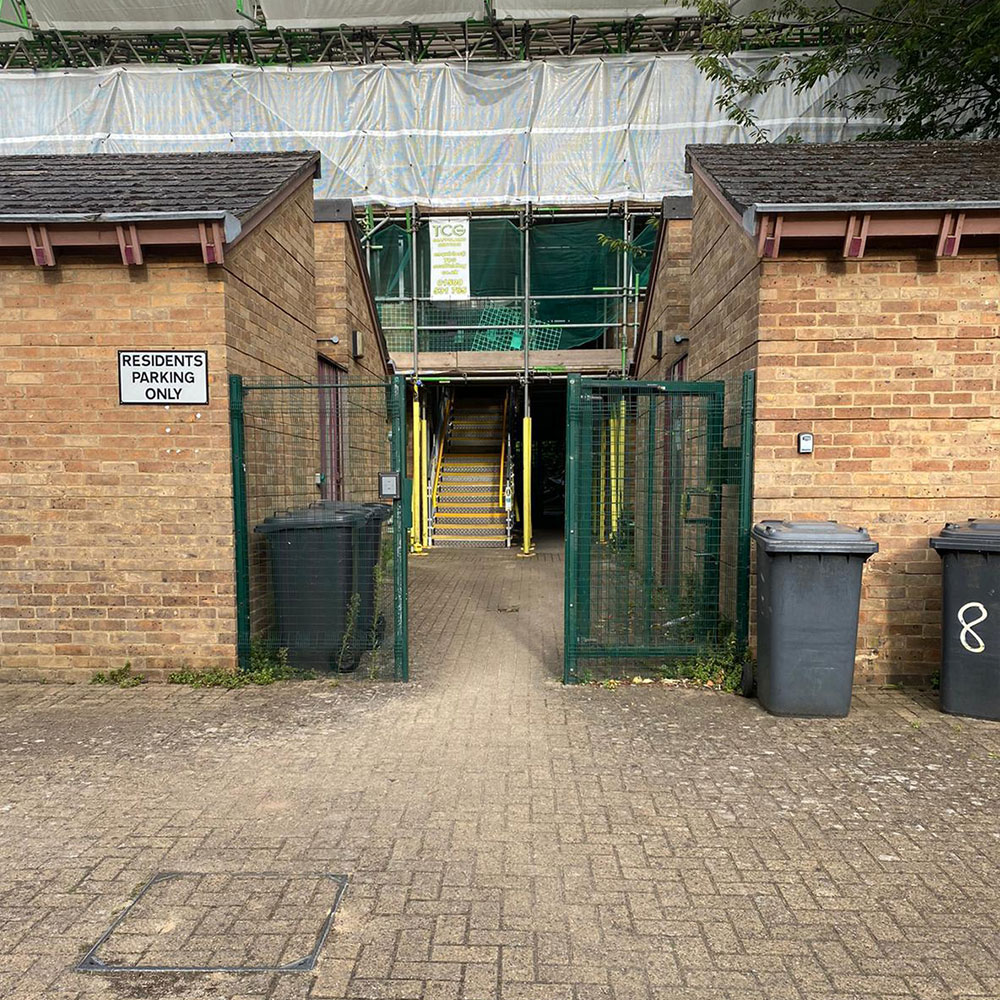 On their arrival back in the UK, Dominic used his contacts to get a job riding racehorses out in the mornings for a local yard, while Francesca applied for jobs at home. They managed to pull £400 together to get a run around car to share and Francesca finally landed a job! Things were finally looking up!

The only thing was, the job Francesca was offered was at Wolverhampton Racecourse, which was over 2 hours away from Newmarket where they were living. Nevertheless, over the moon with the offer as sponsorship and hospitality manager at the racecourse, Francesca jumped at the chance and accepted, and then had to solve the issue of logistics afterwards. Not deterred by tough times, the couple resorted to getting up at 4am so that Dominic could drop Francesca off for work and return home to start work after his 5 hour round trip!

Wolverhampton racecourse was one of the busiest tracks in the country in terms of the number of races per week and Francesca found her entrepreneurial spirit coming alive. Always on the look out for ways to improve processes and what the racecourse could offer to its customers and clients, her frustration started to rise when she was repeatedly turned down and her ideas discounted by her less than forward thinking employer. 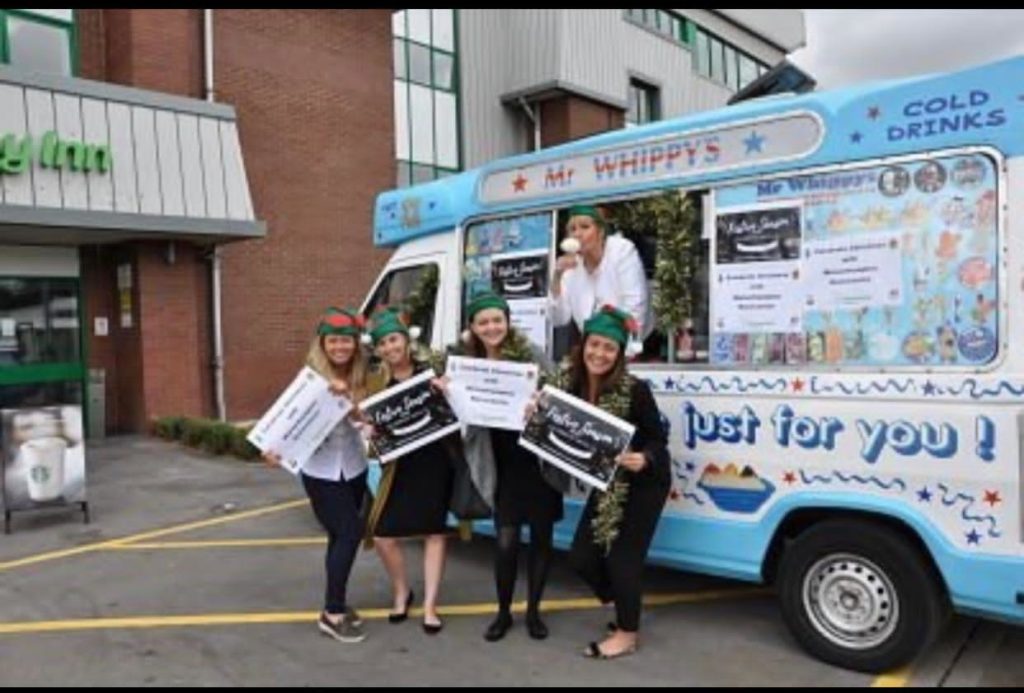 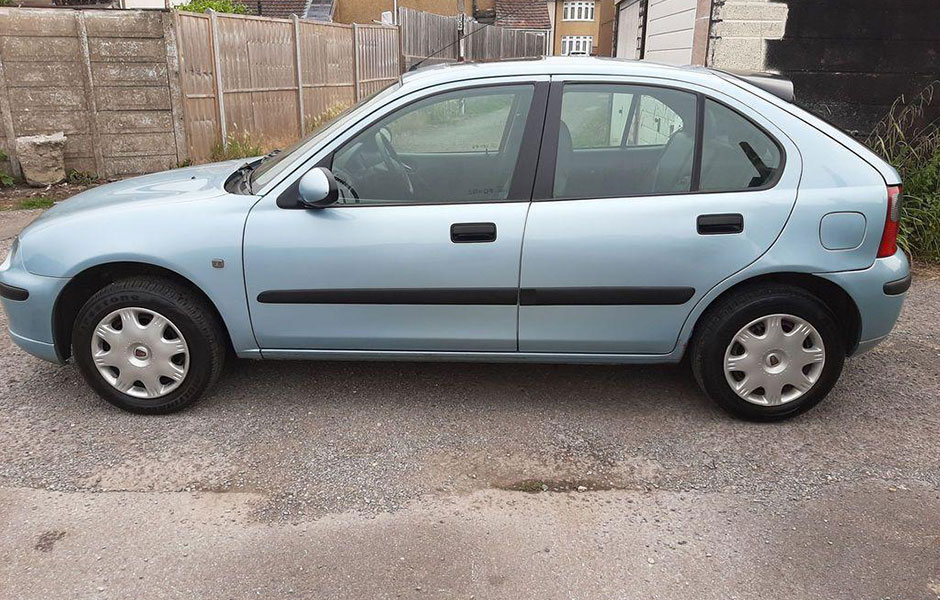 The final straw came when Francesca enthusiastically suggested introducing TheraPlate to a UK market from America, and was turned down again. After she saw the benefits it had and how popular it was in the racing industry in the US, Francesca knew it would sell well over here too.

So, with her pent-up frustration getting the better of her, Francesca decided to email Chip, the Founder and Inventor of TheraPlate in the US and ask him if he would consider letting her and Dominic introduce TheraPlate to the UK market.

Much to her surprise and delight she got a quick reply from Chip who wanted to talk more about the prospect. Francesca was honest with him when she spoke to him over the phone in the hotel that night after working at the racecourse. She said that they didn’t have the money to import them, but they were confident with their experience in the horse racing sector they could sell them and help others see the benefits for themselves.

So, in November 2016 Chip sent 3 TheraPlates to the confident couple to see how they were received and if they could sell them. Floating on cloud 9, Francesca was so overjoyed by this news, she quit her job immediately! Only to realise that the plates would take 10 weeks to arrive.

Surviving on the little funds they had, the long 10 week wait passed and the news came that they had arrived at the docks. Dominic eagerly drove down in their Ford C-Max car to go and collect them only to find there was a £1300 import bill to be paid.

Was it over before it had begun? The gusty duo had no money left at all, so how would they pay the charge? They couldn’t risk disappointing Chip after he’d take a huge gamble on them by sending the TheraPlates over? How would they overcome yet another bump in the road?

Come back for Part 4 when we find out how Dominic and Francesca managed to get the very first of their TheraPlate stock that started it all.